The Urban Ore mobile app proof of concept, conceptualized as part of the Uncover Discover app project, reveals long lost historical monuments in San Francisco that are along MUNI (Municipal Transit System) routes. The user chooses their route, follows along the path, and taps on a marker to see photos, read more, read articles, share on social media, even experience augmented reality!

This project is a collaboration between Lana Costantini, Executive Director of the San Francisco Historical Society, Lucas Ho, developer and founder of Uncover, and ’Berta!

Download and discover the beta release candidate on the Apple Store here. 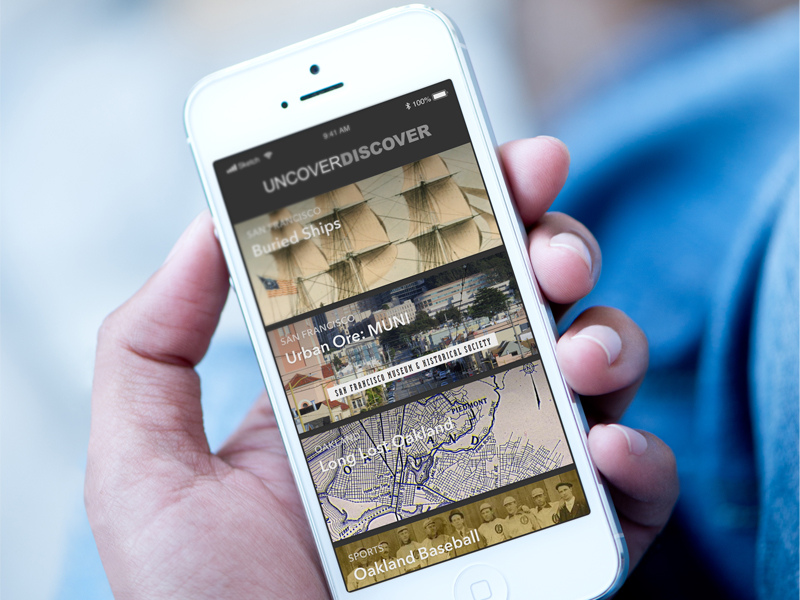 ’Berta collaborated with the team to:

’Berta worked from the existing concept (see screenshots below) to create wireframes to flush out the branding/look and feel and the navigation sequence of the app. 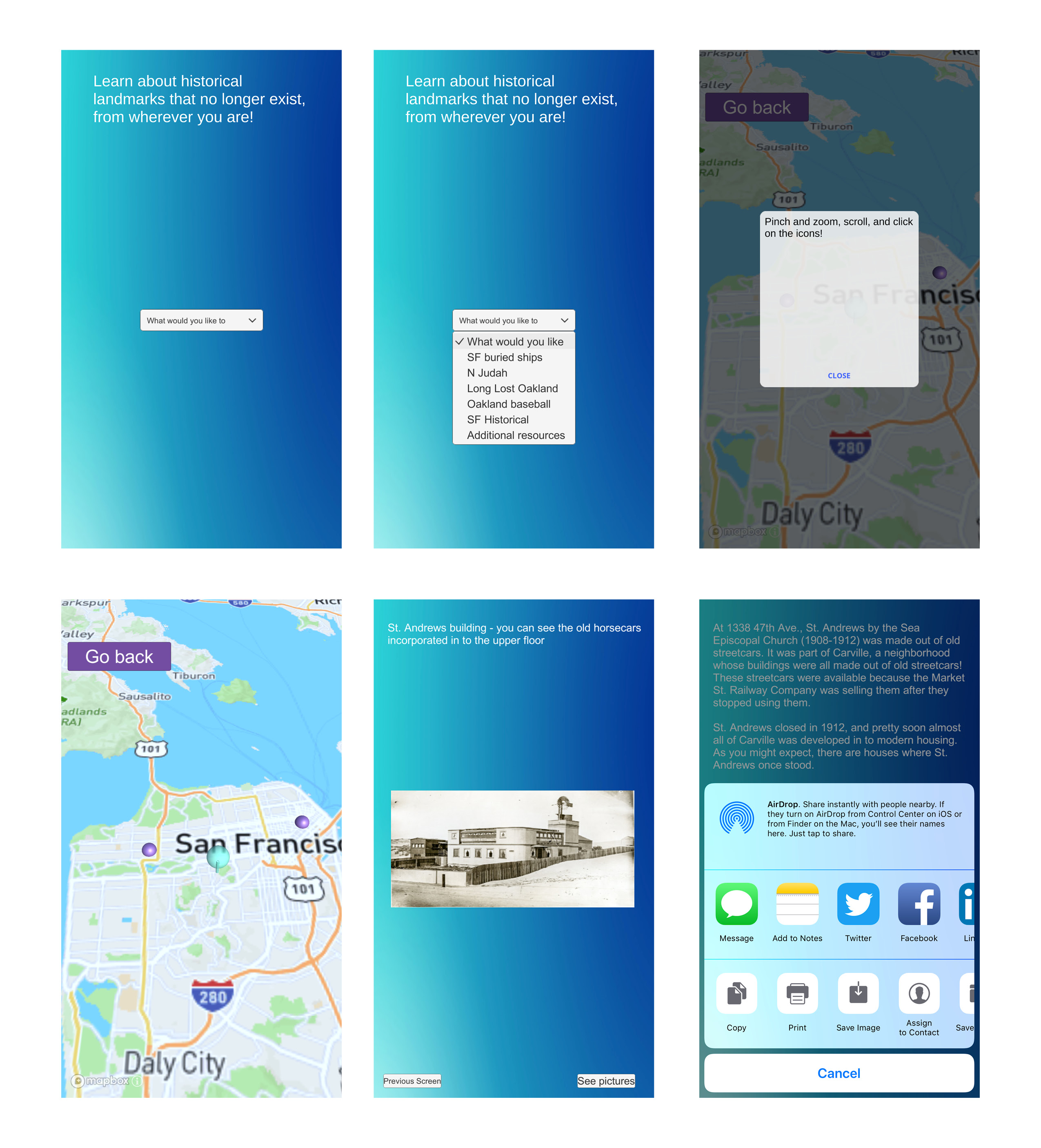 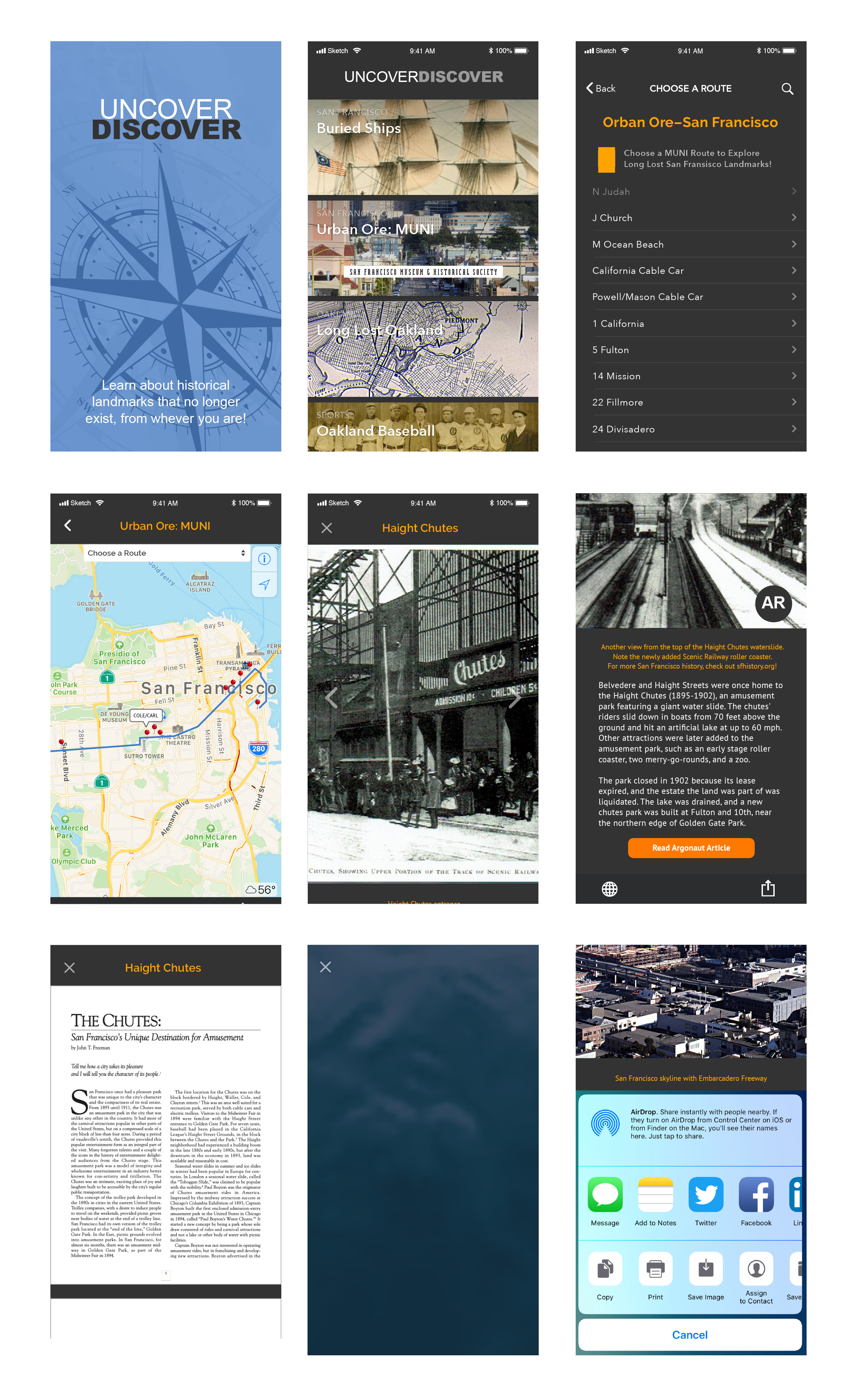 Results and Next Steps

A free beta release version for testing and review has been posted to the Apple Store.

The team also presented the app to the full board of the SFMHS to great enthusiasm. The plan going forward is to identity partners and flesh out the app to include many more MUNI routes, and possibly other features as time goes on.