Project Objectives: This biography tells the story of Elijah Lovejoy, a man who insisted on his constitutional right to speak freely about unpopular subjects, and refused to be intimidated by those who would silence him. Just days before his murder, Elijah told a crowd, “Think not that I regret the choice I have made. While all around me is violence and tumult, all is peace within.”

Elijah P. Lovejoy, two decades prior to the Civil War, used his newspaper to demand an end to slavery. Mobs repeatedly destroyed his presses, and eventually turned deadly and Lovejoy was killed at the age of 34 defending his last press—and his beliefs. Lovejoy’s death turned slavery into a national debate and helped mobilize the abolitionist movement. It also rallied people behind the cause of free speech and freedom of the press.

The author, Jennifer Phillips, has written several historical biographies for children. Her fascinating and informative read for children is as relevant today as when Lovejoy lived. 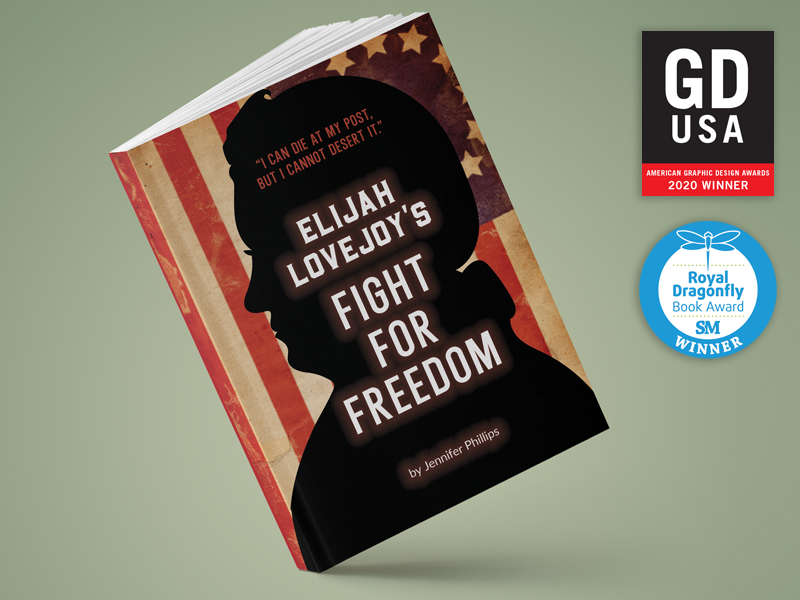 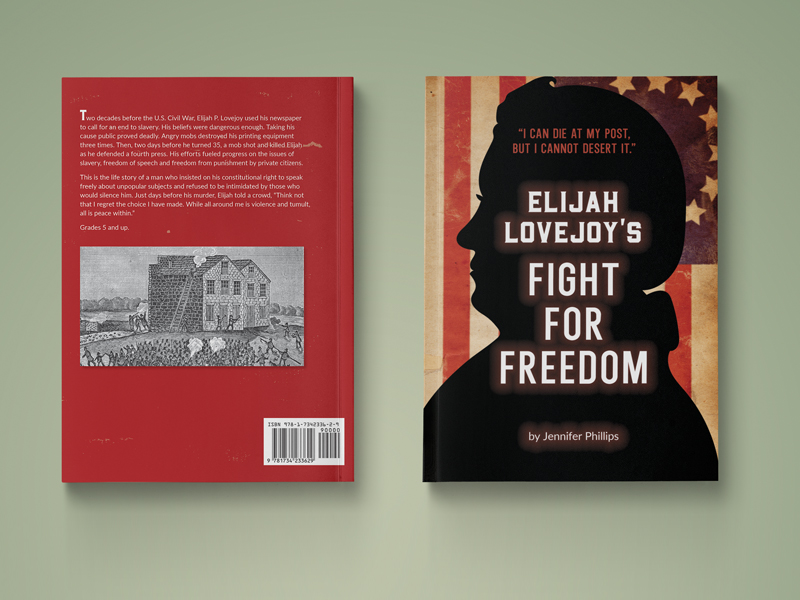 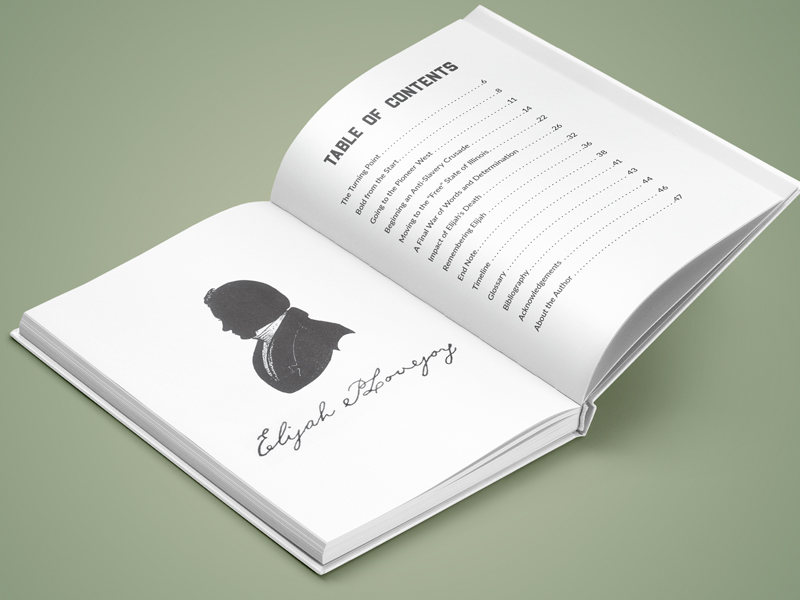 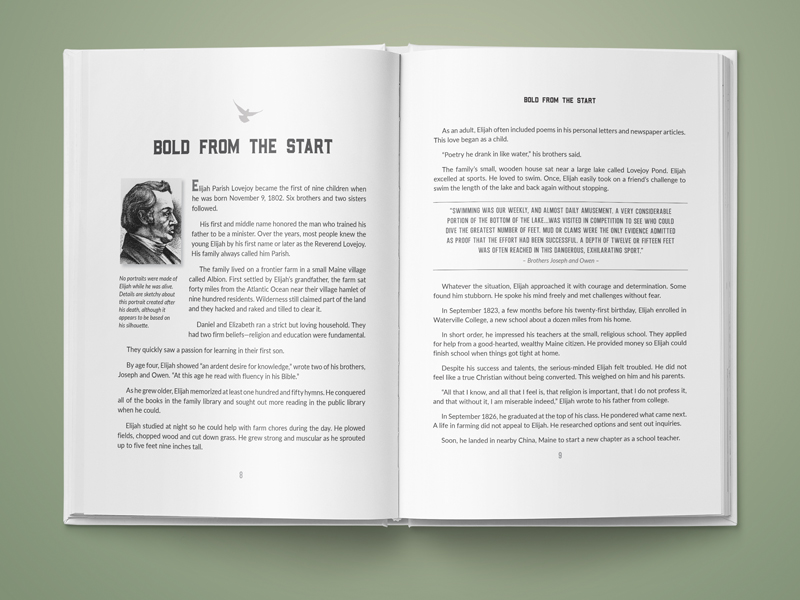 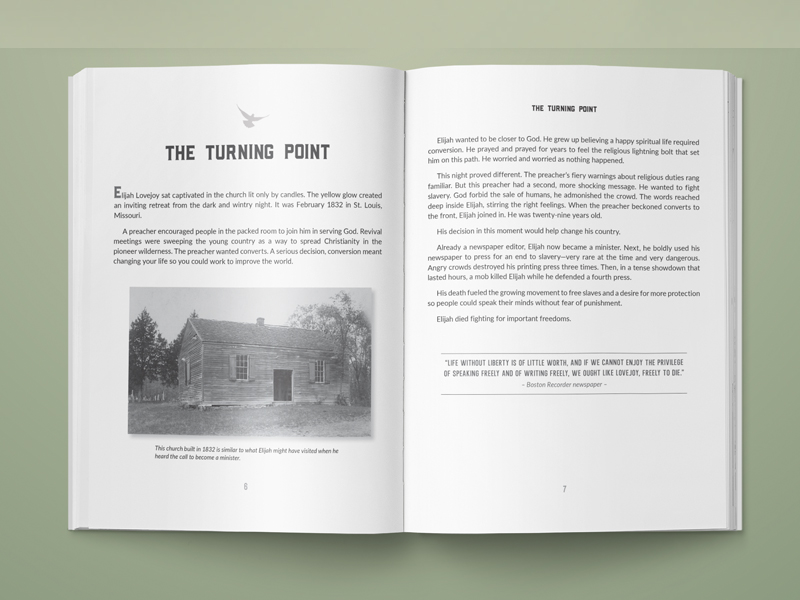 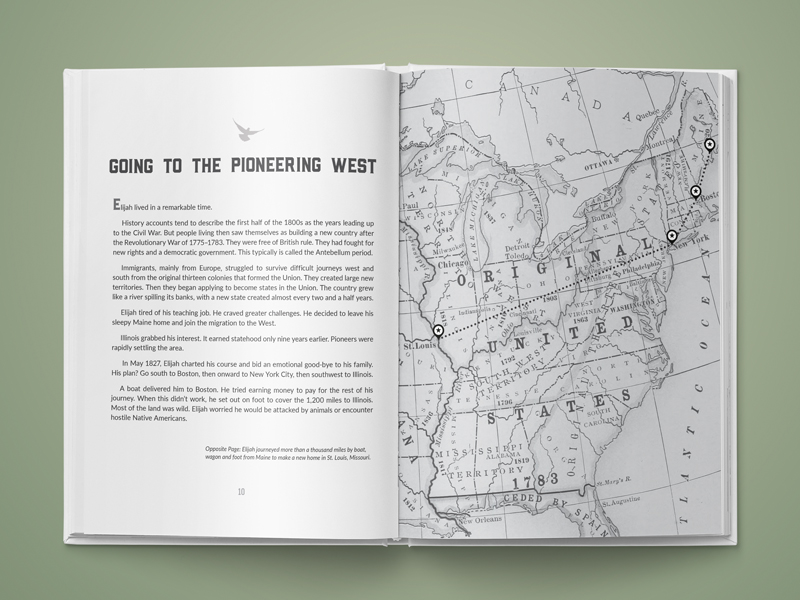 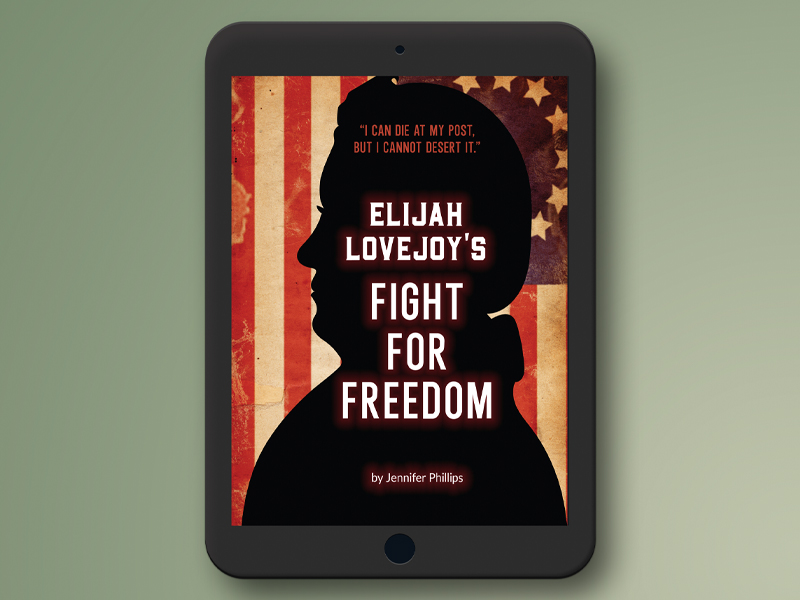 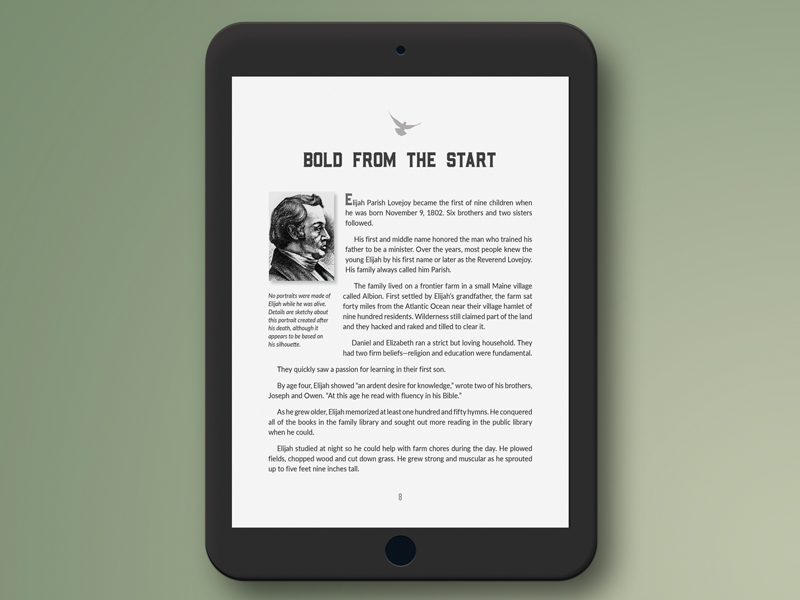