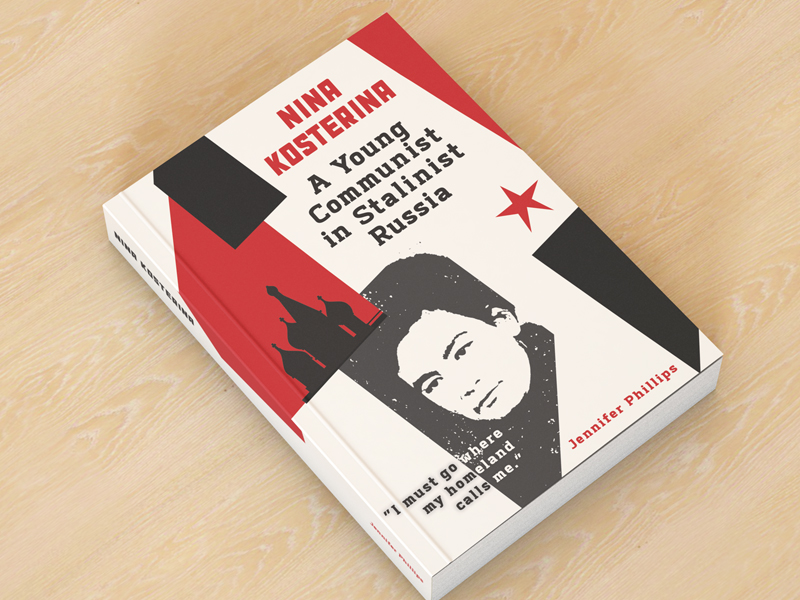 Project Objectives: This book cover design for a biography of Nina Kosterina reflects the Stalinist Russian time period and is reminiscent of Soviet-era propaganda posters, but still focuses on Nina as an individual.

From the author, Jennifer Phillips: Nina Kosterina was born in a revolutionary camp as the Bolsheviks took over Russia in the 1920s. She beat the odds of survival during the harsh early years and emerged in the 1930s as a young Communist woman in love with her country, her family, her city, her friends, politics, art and life. Even when Joseph Stalin’s regime tore apart her family and imprisoned her father, she remained loyal to her country and joined an elite group of young women turned guerrilla soldiers when the Germans invaded Russia in 1941. Nina perished in a Nazi ambush behind enemy lines. After the war, her family found her diary hidden in a wardrobe. Years later, the diary was released as a book and became an international bestseller. Written from ages 15 to 20, the diary revealed a teenager transforming into an adult juxtaposed against one of the most dangerous and tumultuous periods in world history. Nina’s biography opens a window into 1920s and 1930s Russia through the eyes of someone who considered herself just an “ordinary girl.”