Project Objectives: This pro bono project was a real team effort involving volunteers from Taproot Foundation, of which ’Berta was a one, and the Silicon Valley Education Foundation (SVEF) staff.

Previously, another Taproot volunteer team had designed a website for ALearn, a nonprofit that helped under-served youth learn about and pursue educational opportunities and careers in STEM. ALearn then merged with SVEF to form one entity with a combined mission to serve the under-served student community. This second volunteer Taproot team was tasked with redesigning a new website with the branding of SVEF and the content of both previous websites, organizing the extensive resources and information from both into a cohesive and easy-to-navigate website. 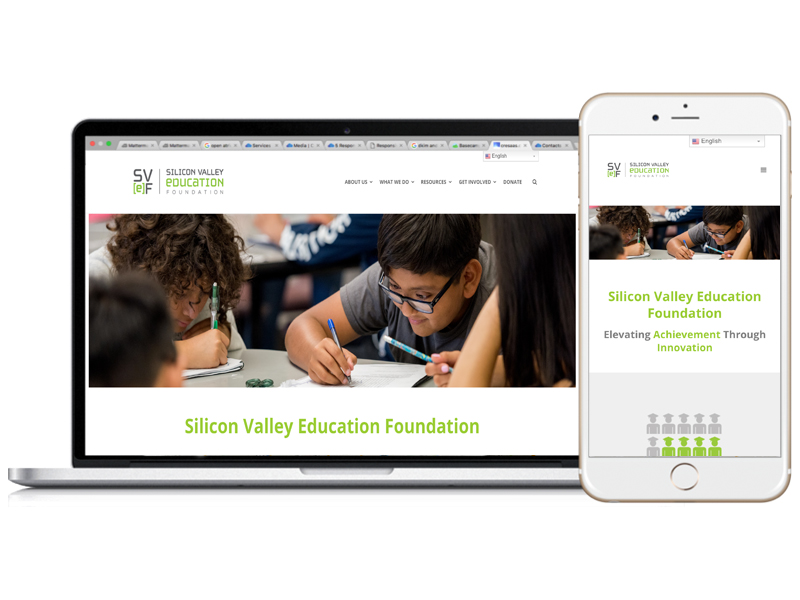 After initial in-person meetings, ’Berta worked remotely with the team, which included a project manager, web developer and client staff over the course of about six months. In her role as visual interface designer on the project, ’Berta with closely with the team to:

Below are a few sample screens from the previous SVEF website that was a combination of the ALearn site and SVEF’s previous site, post merger.

The SVEF team did a lot of heavy listing to reduce the complexity of the menu structure, and to streamline and consolidate the text and information. After extensive conversations with the client, ’Berta created wireframes based on the Create WordPress template as a jumping off point for structure and functionality, though the team did end up adding several plugins to and creating custom code to enhance functionality and add desired features such as the Leadership page grid and the sub nav sticky menus. 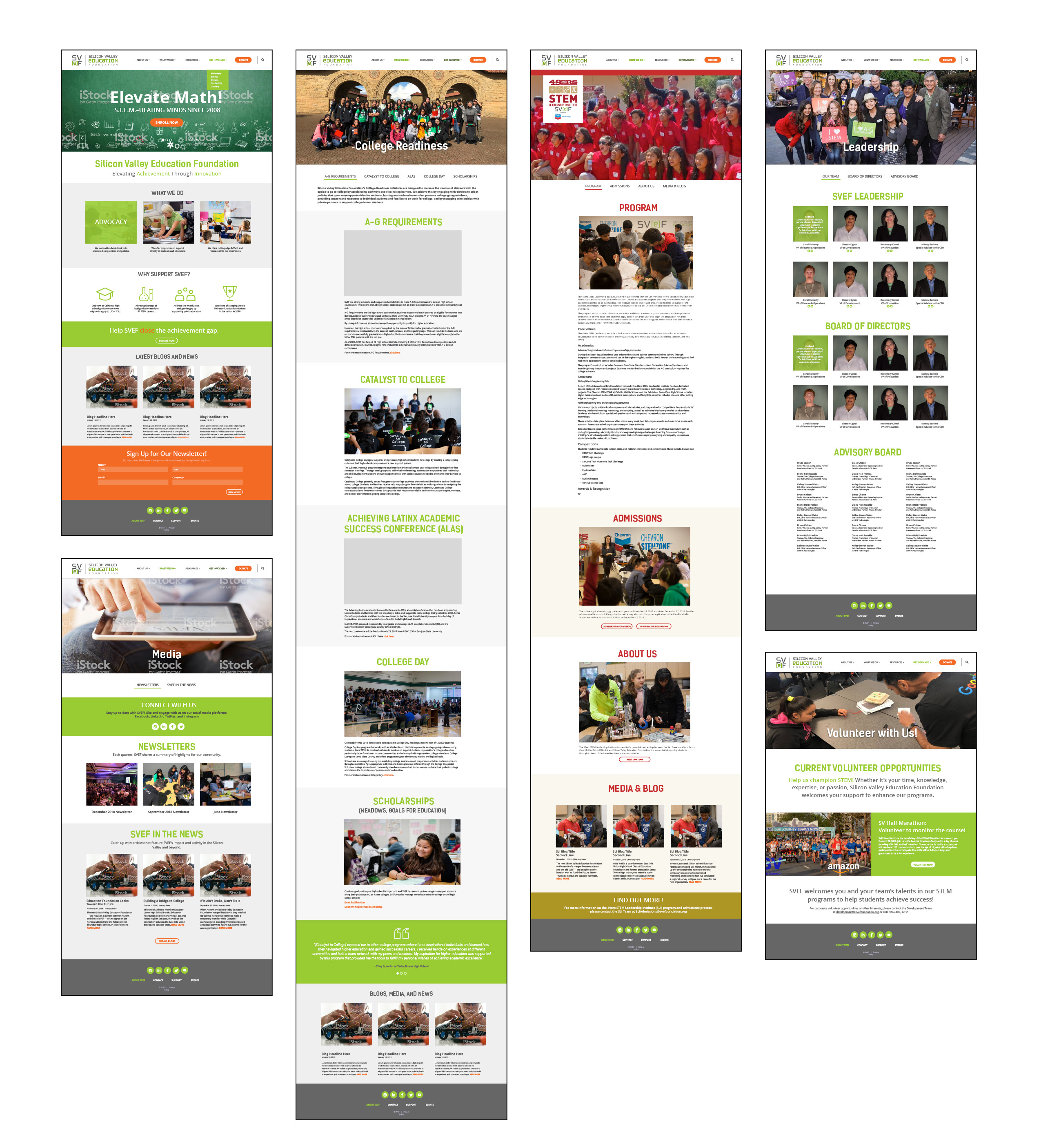 The resulting site is much easier to navigate and cleaner in design and presentation—presenting a unified SVEF brand and clearly communicating the organization’s mission and activities. The site JUST launched less than a week ago, but already the team is getting positive feedback from users. Stay tuned for further results as they come in.