Client: Center for the Collaborative Classroom

Project Objectives: The goal of this project was to design a student-facing tablet app to make word practice more fun and engaging. In addition to Being a Reader™ classroom lessons, this app provides students with additional word practice games such as: Build That Word! where players build words using a set of letter tiles, and Sort It Out! that includes both closed and open sorting games.

Illustrations are by Michael Wertz. 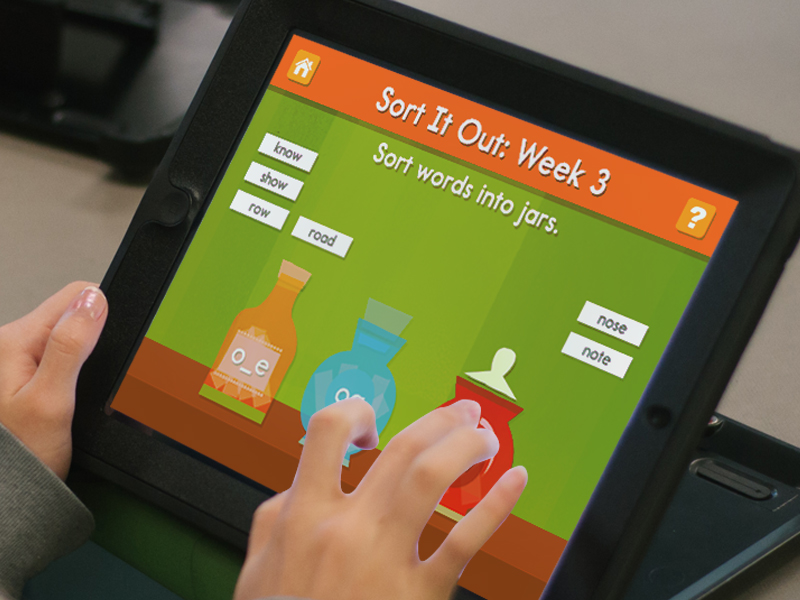 ’Berta worked closely with the team to design the wireframes and conceptualize the play scenarios. She and the team also:

From the home screen, the player chooses a game type and goes to a selector screen to choose the lesson week. Players can navigate from all screens back to the Home screen via the Home icon. 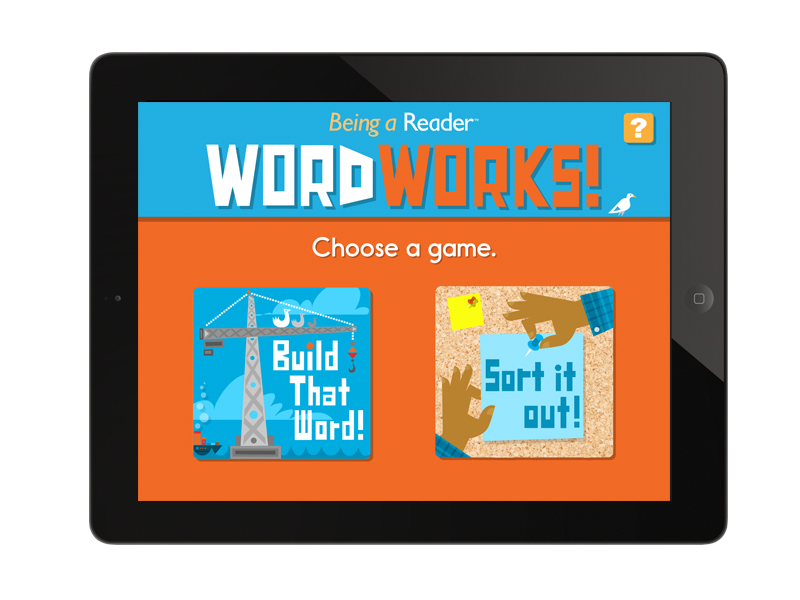 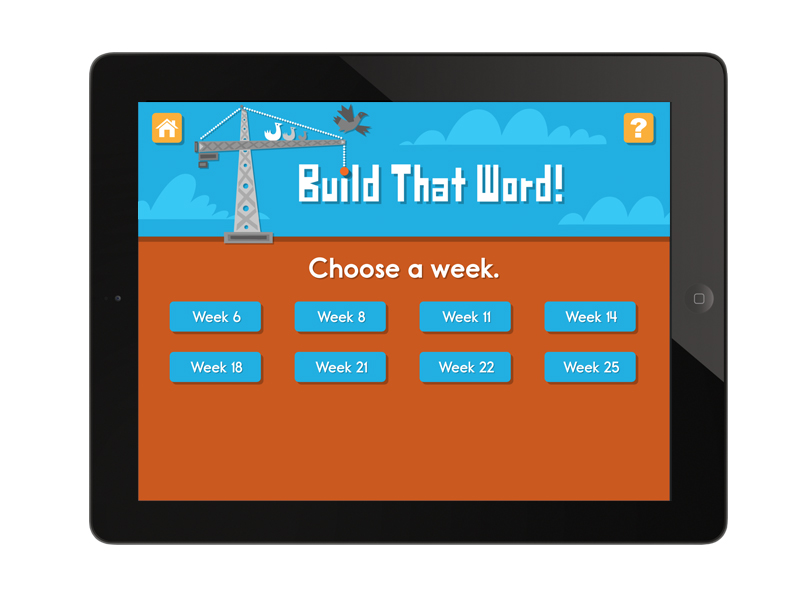 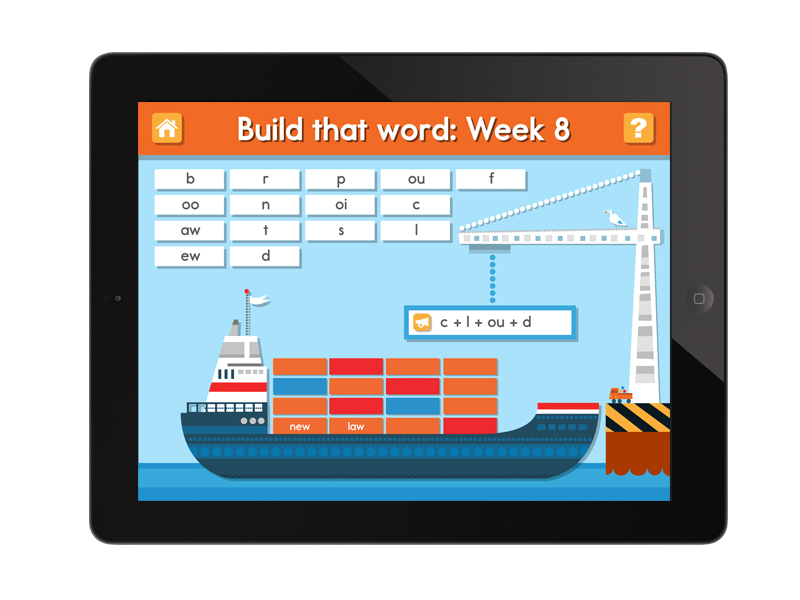 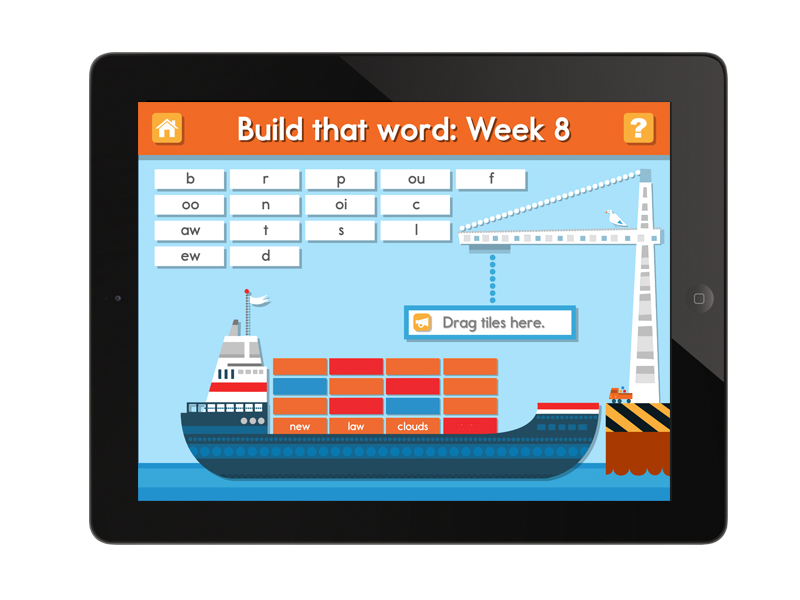 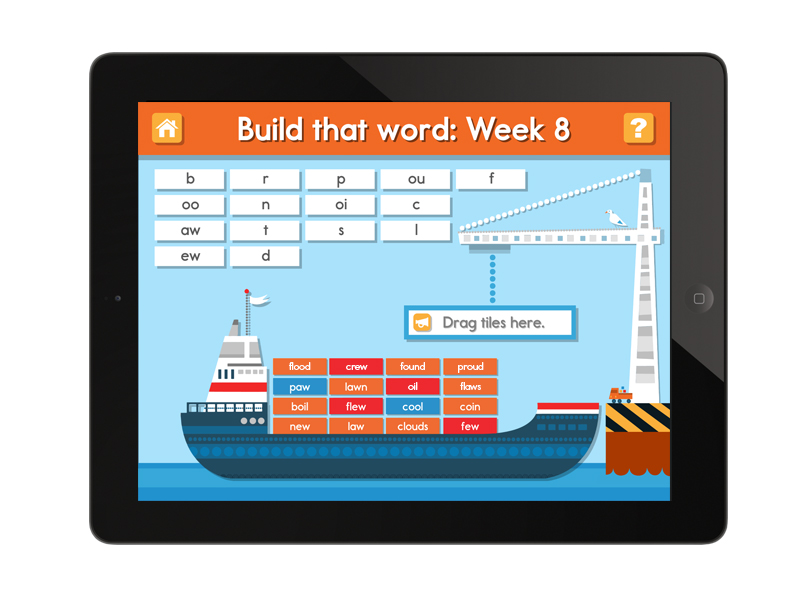 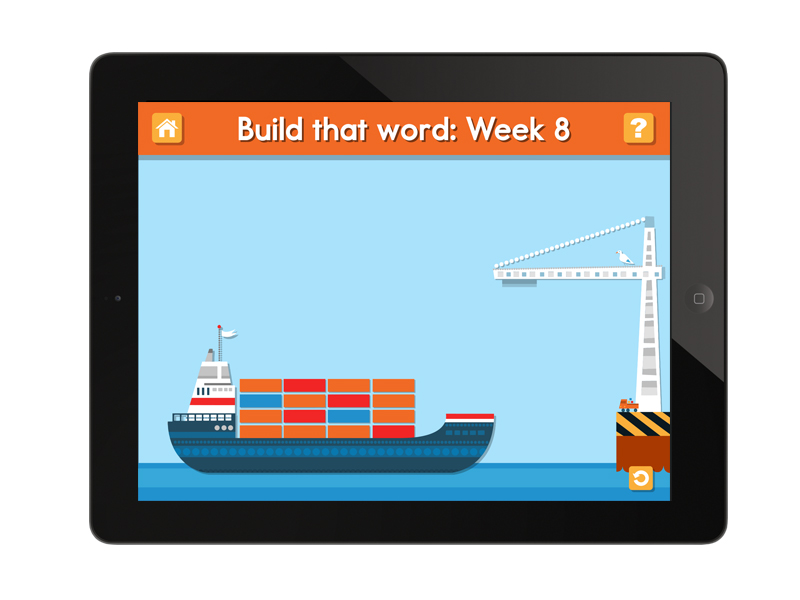 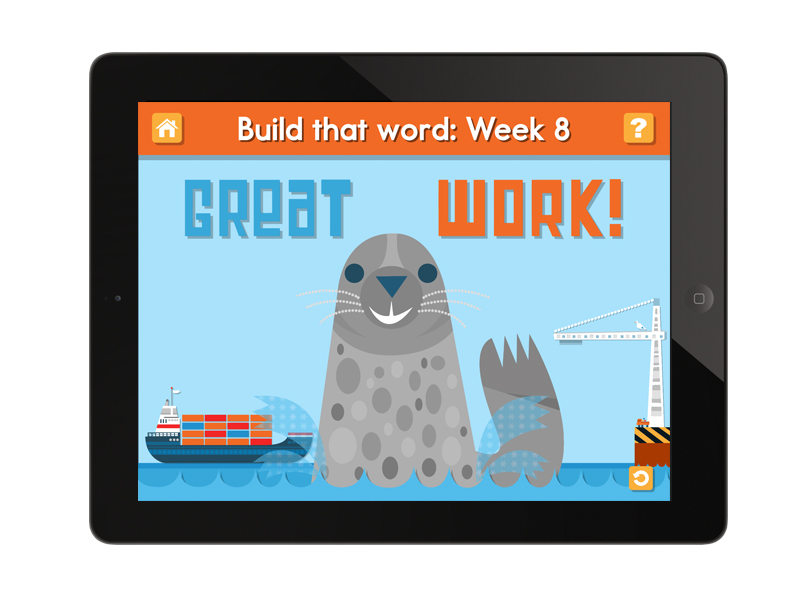 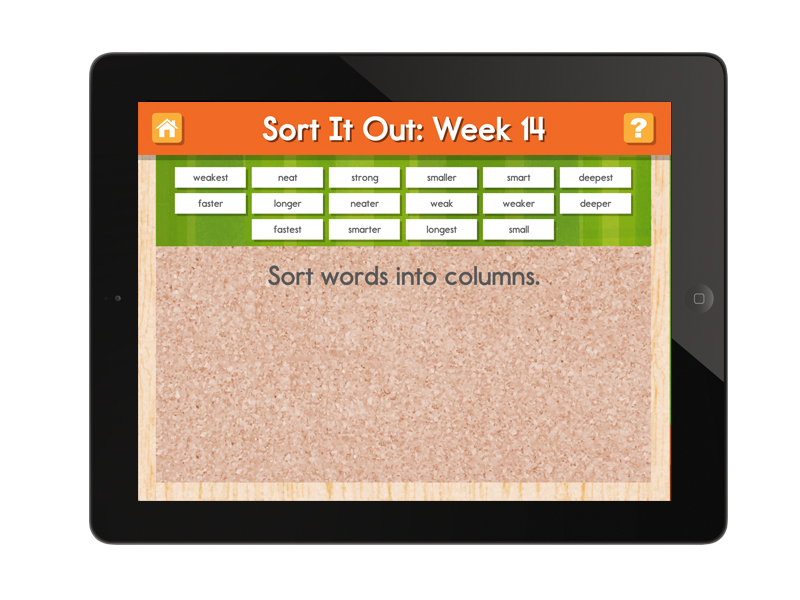 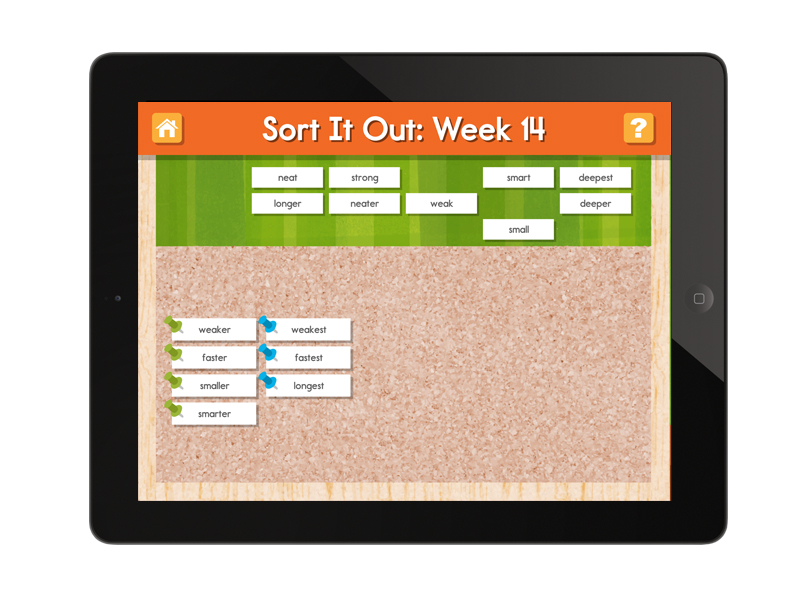 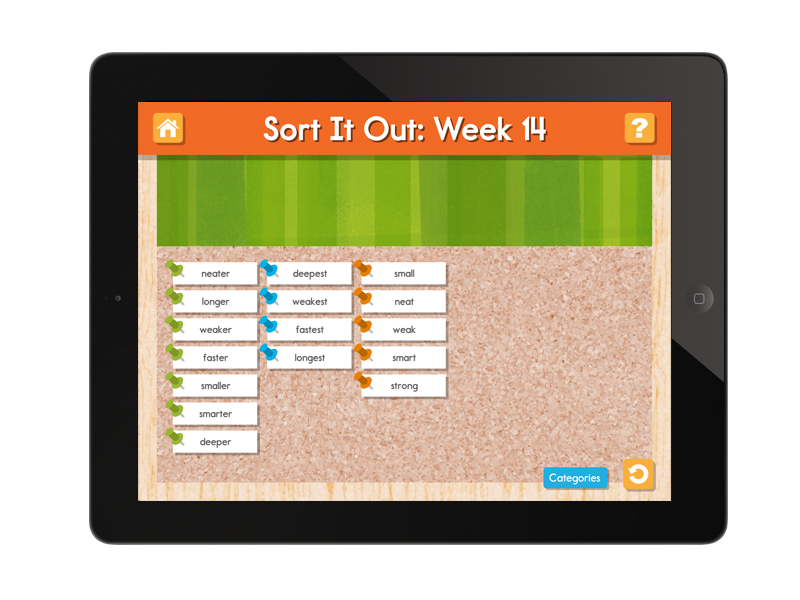 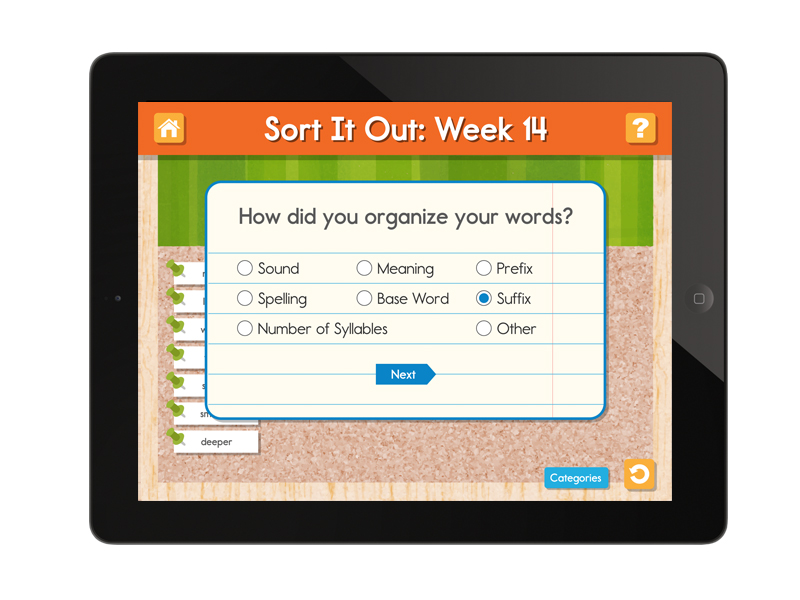 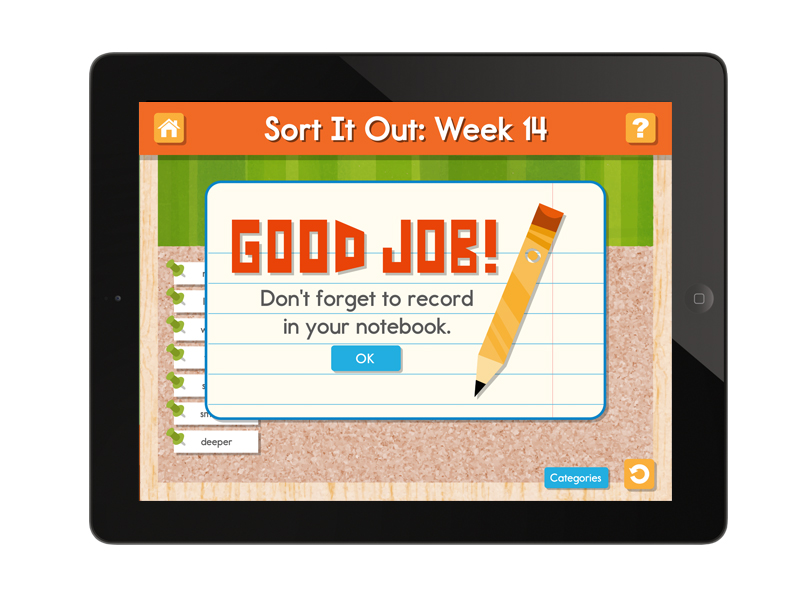 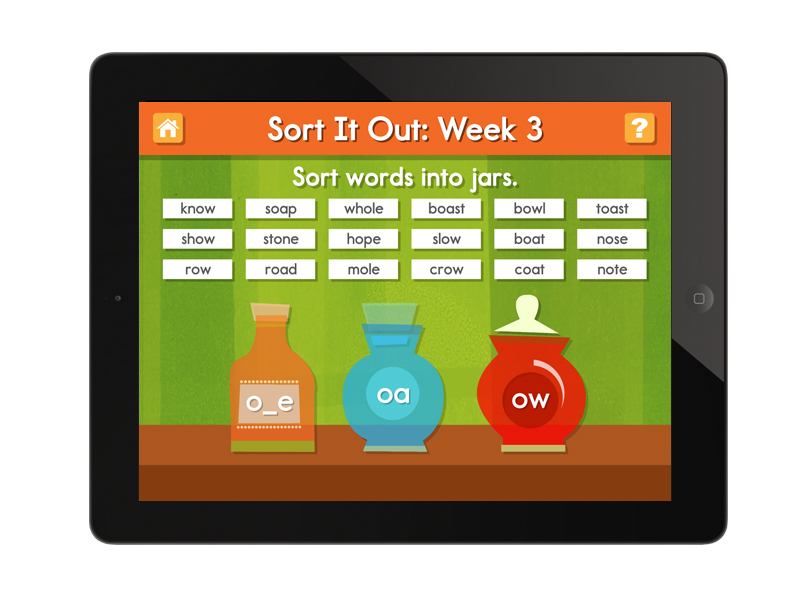 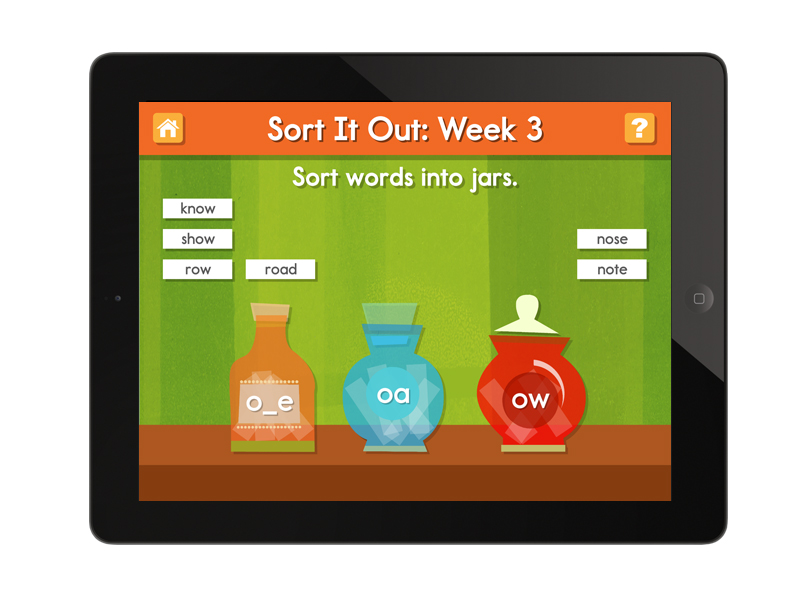 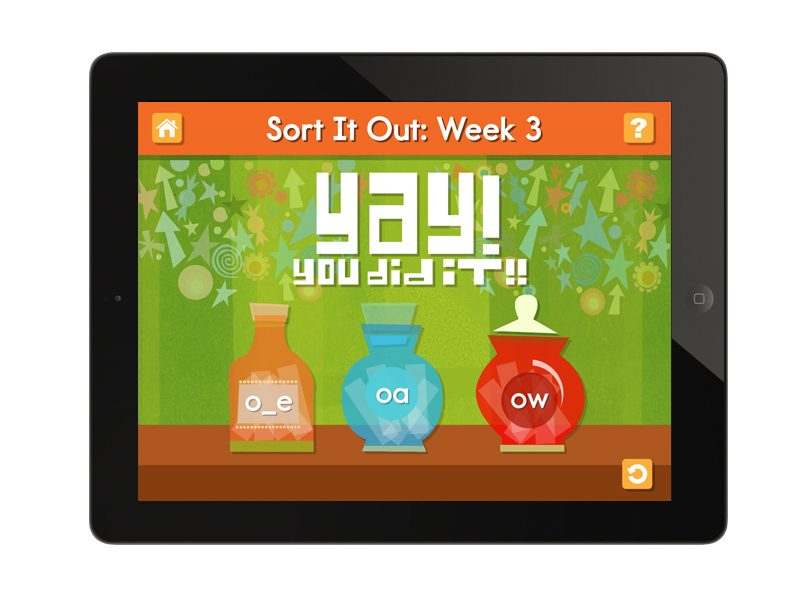 Check out the app on the Apple App Store or Google Play.